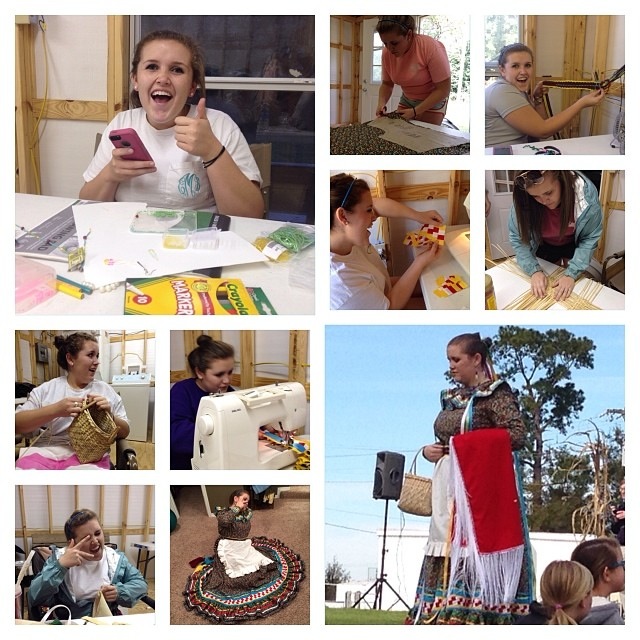 A couple years ago I got to be a part of one of the best experiences of my life. I was part of the 2013 Tribal Princess Competition. Every Thanksgiving in Poarch, AL three girls are chosen to represent their tribe throughout the next year at different events. When I made the decision to run I never thought that I would have as much fun as I did, or that I would learn so much about the people that I come from.

I chose these six words because not only did I get to show you an example of Creek language, but I am proud to say that I am a Poarch Creek Indian. That culture lives inside of me and even though I may not know nearly as much as I would like to one day, I know enough to say that being an Indian is nothing to be ashamed about. The racism between blacks and whites in the past is always heard about, but most people do not realize that Native Americans faced those same struggles. My own grandfather walked to school most days because Indians were not allowed to ride the school bus. Being Poarch Creek makes me who I am today… strong, confident, and always kind.