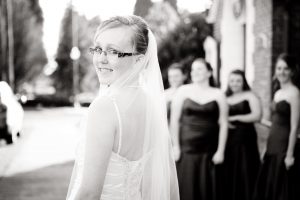 I worked at a group home for children with behavioral and developmental problems. This home has one female unit and 4 male units. While I was working in the female unit, the girls wanted to go to the weight room. With me was Shannon*, Alison, and Darcy. Shannon and Darcy are both Black and Alison is Hispanic. The girls were working out and Shannon starts talking about a friend of hers and continued to say “ni***r”. It was against the rules to say any sort of hate speech so I warned her that she would have consequences if she continued to say that, even though it wasn’t directed toward anyone. Shannon continued to talk about it but was much angrier and said it more frequently. I told her that she was not allowed to use the gym anymore if she couldn’t be appropriate. Shannon then said “it’s not like I’m calling you a cracker, so why does it matter? I’m black so I call people ni***rs. It’s just something we say so why are you being racist? ” When I told my co-staff what happened, I got harassed for being “too emotional” and “kids will be kids”. I felt really offended that I got in trouble for what she was saying and feeling that it was wrong. Racism needs to stop and we need to hold ourselves more accountable for what we teach our kids and be more proactive to correct things that we do not agree with.