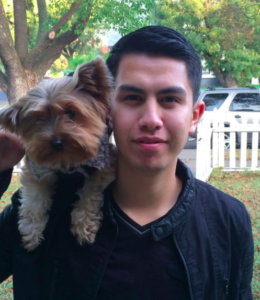 All throughout my life, people have judged me by the color of my skin. When I was in the United States, people would call me things like “beaner” and “wetback.” These are racial slurs meant to humiliate and make me ashamed of my culture. So what that I liked to eat beans? They are delicious and a nutritious part of a healthy diet. When did dietary choices become a way to shame another person? But when I went to visit family in Mexico, my olive skin and hazel eyes made me a white boy to them. It felt as if I did not fit in anywhere. This was especially difficult because out of my 6 brothers, I was the only one who had the skin tone and the eye color. Most of them were darker and had brown eyes. I felt like a stranger even in my own immediate family. However, as I got older, I learned to ignore the mean and hurtful things that people said. I told myself their opinions were of little importance anyways. When I met girlfriend, I had never been happier, it never occurred to me that she was Asian and I was Mexican. She was just the wonderful girl I fell in love with and I never looked at her as being Asian. Most people did not feel this way though. Wherever we went, people would do doubletakes and stare at us as if we were the only interracial couple they had ever seen. When I took her to meet family, even though she spoke fluent Spanish, they would immediately point out the fact that I am dating a “chinita,” meaning a little Chinese girl. Remarks such as these and people’s stares and comments did not bother me much until my girlfriend’s father found out about our relationship. To clarify, he had been completely fine with her having a boyfriend because he had incorrectly assumed form my pictures that I was Asian. For two years, my girlfriend heard no objections from him. But due to a profile picture update, he realized I was Mexican. He tried to coerce my girlfriend into breaking up with me simply because of my ethnicity. He told her that Mexicans did not have the same values as Asians and they were a disloyal people. When my girlfriend refused to break up with me, her father said that she was dead to him and proceeded to cut her out of his life for almost 2 years. I just want people to see me for the person I am. I am more than my race, more than my skin color. Please get to know me first.